Sefirat haOmer: The Kavanah of Psalm 67

To Focus on a Purpose Greater Than Us Alone

The counting of the omer is one of the most mystical rituals in Judaism. It’s reflection on the elements of burnt offerings, as with all offerings and sacrifices, has been interpreted as a symbol of spiritual elevation. Both the topics of sacrifice and ecstatic spirituality so much turned off modern and “enlightened” people that many communities had abandoned the omer all together. Interestingly though, in recent years the resurgence of interest in mysticism has caused such a demand for these type of prayers that you will now find them in the siddurim (prayerbooks) of just about every movement of Judaism. The other prayer making an amazing comeback is the Ana Bekoach, which is usually paired closely with Psalm 67 in Chassidic and Sephardic siddurim.

The Ari z”l himself instituted 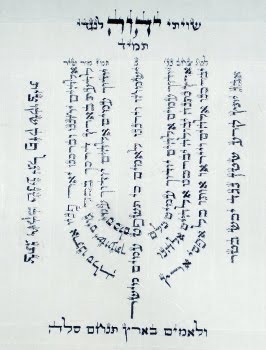 the inclusion of Psalm 67 and the Ana Bekoach into the daily prayers and when performing special mitzvot. However, the method that was related from the Ari z”l through his disciple Rabbi Chaim Vital in how to recite these prayers was presenting in very detailed kavannot (focused mediation) that were very complicated and involved. Psalm 67 is a great example, because the method most often used to meditation on this verse was not to just read the text, but instead to imagine the 49 words being a 7 branched menorah, with each of the 7 branches containing a verse of the Psalm. Each of the branches relates to one of the 7 sefirot that are active in the physical world, just as with each of the 7 lines of the Ana Bekoach does as well.

The Nusach Arizal as presented by The Baal haTanya – Rabbi Shneur Zalman of Liadi, the first Lubavitcher Rebbe – though it is a kabbalistic prayerbook, was purposefully freed of nearly all the kavannot in order to focus on creating a prayerbook that was appropriate for users of all skill levels. Complicated diagrams and pages of meditation material interspersed within selections of actual prayers were put to rest. Instead his text was complete yet concise, as well as clear and understandable as a true liturgical work. Though the Baal haTanya did not include the meditating upon the form of the menorah, he did prescribe a reading of Psalm 67 and some interesting kavannot relating to it. What made these kavannot so meaningful that he felt compelled to include them?

It is quite standard for most traditional siddurim to include the reflection upon the names of the sefirot relating to the day. Less common is the meditation of assigning one of the word or names of the Ana Bekoach to each day, though this sometimes appears in the Sephardic and oriental texts. However, in addition to including a plain reading of Psalm 67 after the counting of the omer, along with the prescribed words for declaring the day’s count one is also provided one word of the psalm and one letter of verse 5. Psalm 67 contains 49 words, and verse 5 of that same chapter contains 49 letters. There are 49 days counted in the sefirah period, so each day one focuses on one pieces of the picture for what we hope to achieve during this time of personal reflection.

When it comes to the reason this chapter and this verse is chosen for meditation, the reason does not appear as clear as the reason we include the Ana Bekoach which contains supplications for the removal of sin and purification. This is in line with the tone of the season. Instead Psalms 67 starts out with a request, not a humble confession that we would normally expect during a season of personal refinement. We read the words:

Now lets looks at verse five alone. When we read it we find something seemingly completely unrelated at first glance:

Here we see that this second meditation, upon verse five, seems to be a related to conceptualizing human equality and the pursuit of happiness. So we have prayer for the blessings of the nation of Israel, and a reflection upon the goal of universal betterment. For a start, we see that it is a good practice to be as concerned about the welfare of all people just as much as we are concerned for ourselves. It is balanced.

That’s a nice idea, and rings true. However, the message goes deeper than that, as it is clear if we read the rest of the chapter in context. Yes, this request seems different in tone than we would expect. But it is not a a brazen request for divine favor just for the purpose of our own security. If your asking yourself why this request of verse 2 is so bold, we find our reason in the next immediate verse. It also answers for us why we find ourselves considering the People of Israel, as well as all the nations of the earth in these meditations. It asks for blessing for a special reason:

The topics are not unrelated. They are completely related because we are people in need of blessing, just like the rest of the nations of the earth. However, it asks for blessing for Israel not merely for our own contentment but in order to enable us to make the ways of godliness known to the people of the world. It asks for blessings so we can share it with others and model graciousness. We ask for the face of G-d to shine upon us so that it can reflect off us, that we be spotlighted as an example of salvation.

There are plenty of people out there who say that this dream is impossible to achieve, and therefore foolish to consider. But being able to show this truth through the example of our own experience is the type of truth people cannot easily deny. In fact we see a few times in verses 4 and 7 that when this happens the people will then be able to “yoducha” which means to admit and acknowledge, as well as give thanks. That people will see the goodness of this way of godliness for themselves though our lives. Then the nations will even become glad, knowing that there is hope for themselves.

So the request isn’t as self-centered as it sounds. It’s not necessarily a request for prosperity or even success, you will never find such hopes directly expressed anywhere in this chapter. What it does ask for is for us to be blessed, which we all know in Hebrew means to be set apart for a special purpose. When we bless something we take an ordinary thing, and by doing a special mitzvah with this object the item becomes special because it was a part of doing something sacred. The item was ordinary before, but now merely because it was used to do something special it becomes recognized and designated for that special purpose. This item isn’t better, it’s just purposeful now and worthy of being respected accordingly. How can I be certain of this? Near the end of this short chapter we read,

Now we have a good clue as to why this verse is appropriate for this season of harvest, because it references this good fortune of the reaping already taking place. And yet it still asks for being blessed, which only makes sense in the classical sense of being consecrated and not according to the misconception of blessing as random fortune.

When we think about it this way, these meditations become a beautiful way of looking at why we are going through this time of personal reflection and development during the omer period. The reason the children of Israel went through this process of development for the 49 days after the exodus was to be prepared to receive the Torah. We all know and recognize that. But what we are doing here in these meditations is deeply focusing on the reality that the Jewish people are blessed with Torah in order that all the peoples of the world benefit from it.

The two meditations, one for blessing Israel and the other for the betterment of the nations of the world are not unrelated. This is what our purpose should be, to be worth of being blessed in order to be a blessing to others. Our fate is very much tied to that of the rest of the people on the earth, so we need to get serious about becoming better people because we aren’t the only people that need to benefit from our enrichment. During this season we become better people so we can be better to others! That’s why the last verse sums it up simply:

It is very easy for us to just scan Psalm 67 and quickly dismiss it as arrogant and nationalistic. Or we might lazily just look at it, then simply conclude that their incorporation into the siddur was only because the body of the text has 49 words and coincidentally a verse with 49 letters as well; just like the sefirah period counts 49 days. Though others might say it was just a pretty random pick, chosen because it quickly mentions the reaping of the earth’s produce. That might be an easy assumptions for scholars and even some general Hebrew speakers I suppose, because a simple reading brought these ideas to mind even for me. First, read it all; be patient with the process. Second, remember that as people who practice Judaism everything we read has to be thought of as a way to help us make tikkun olam – reparation of the world. If it doesn’t then we are reading it wrong!

During the Sefirat haOmer we have a moment everyday for nearly 50 days to pursue personal growth in order to be a better example of goodness, and be a favorable display of Torah powered chesed (kindness, goodness). If we follow through we are assured results that will amaze everyone, maybe even ourselves!

Ready to make it happen? You can download the blessings for the Sefirat haOmer hosted HERE or also graciously hosted  by The Open Siddur Project HERE, as well as find all other related liturgical transcriptions.

This entry was posted on Thursday, April 28th, 2011 at 7:39 pm and tagged with Meditation, Menorah, Psalm 67, Sefirat haOmer and posted in Chassidut, Judaism, Nusach haAri z"l, Prayer, Psalm 67 Menorah, Religion, Sephardic, Sephardim, Shiviti, Siddur, Study of Specific Prayers, Tefillah. You can follow any responses to this entry through the RSS 2.0 feed.
« The Sefirat haOmer: Making The Days Count
Parshat Kedoshim (2011) »

2 responses to “Sefirat haOmer: The Kavanah of Psalm 67”