The Kapparot Ceremony with Money

Liturgy and cruelty-free guide to the traditional expiation ceremony

It seems like every year I have a discussion with several people about kapparot – the ceremony commonly understood as an expiation of sins. Most commonly with a chicken, which to many of us makes this ceremony seems like a sharp reminder of the old days of Temple animal sacrifice. 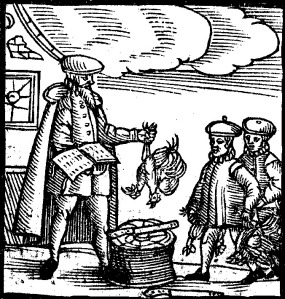 At this time, I don’t really think I need to fully explore the history or debate the ethics of this practice. As that is well written about. Nor would it even be helpful for me to join in the complaining about this tradition, which is not going away. Instead I feel that I must do something more practical, and provide the tools that people need for the most compassionate alternative. Instead of deriding a custom, I alternatively choose to help redeem and elevate it for us.

I am not at all unfamiliar with the practice. I have been around the fervently Orthodox and Haredi long enough to understand it, see it and to not judge people for their minhag. However, I have never myself felt comfortable with performing the ritual with chickens. Nor have I ever felt the need to perform it with a bird. No one has ever tried to compel me or my peers. As our tradition does offer well-known alternatives: either the use of a fish or money, in place of a white chicken. In this piece we will explore the use of money for this ritual.

The guide at the bottom of this page presents the traditional text of the kapparot ceremony with the proper wording necessary for using money in the ritual. For the ease of user the text is presented in Hebrew and translated into English, with transliteration of the key words of the ceremony. No more guessing what to say, and which words to replace! It also comes along with clear instructions and a guide to the kavannah (the inner intention, the meditation) of the ritual.

Kapparot is a deep-seated custom for many. It dates back to the period of the Geonim – the period of Jewish geniuses stretching from the late-sixth to the early eleventh-century of the common era, in Babylon. Often explained to us as being originally based up a tradition of the Persians Jews, today in the west it is most commonly associated with Chassidic and Haredi Judaism. As it is said to be a tradition encouraged by the ARI z”l, it is commonly observed among the followers of kabbalistic mysticism in both the Ashkenazi and Sephardi communities.

According to the traditional custom, one takes a white chicken – a rooster for a man, a hen for a woman, and at least one of each gender bird for a pregnant woman. During the ritual the bird is swung three (3) cycles over the head. The bird is then ritually slaughtered, and the blood of the animal is covered over with dirt as a solemn and rare mitzvah using the bracha (“Baruch… al kisui hadam be’afar”). Covered over as a sign of reverence, commanded by Torah. (Leviticus 17:13)

This ritual brings on shock and awe in the most unnerving fashion. And that is what it’s designed to do. To remind people of the frailty of life, of how mortal we are. And reminding us how sin can lead to our untimely death.

What kapparot is not, it is not an easy way to unload our sins. It is not a short-cut to atonement, as our rabbis remind us. It is a sobering reminder, of the specter of sin and death in our lives. But true atonement is achieved through t’shuvah – sincere repentance; with prayer and fasting, with mitzvot and good deeds. (see Isaiah ch. 1) This act is a dramatic reminder of our need to do t’shuvah, and a way of engaging a person in G’milut Chasadim – acts of loving-kindness – before Yom Kippur.

Following the custom, one is to prepare the bird and give it to the poor of the community. In this act, also alleviating need among those within the community, providing charitable meals during this sacred season.

However, over time as people began to centrally urbanize, it became much less possible for many communities to sustain this tradition with chickens; getting so many live and appropriate birds was not always possible. And furthermore, rushing to perform so many of these kosher slaughters before the holiday often left a lot of problems with improper attention being paid to shechitah – to proper kosher slaughtering practices. For this reason many communities began to use money in place of the birds. Money which could be given to the poor to fulfill this mitzvah.

But some might say, how does this connect us to old tradition? How can this bring us remembrance of mortality? Why should we use money instead?

And we can even ask, what additional and greater benefit is it to perform kapparot by this method? It is because such an act as this is one of G’milut Chasadim – one of loving-kindness, an act which is said to be superior to even the tzedakah (charity) itself:

I ask this year, and going forward, that many more of you choose to start their acts of G’milut Chasadim with true chesed – with pure kindness and mercy, and use money as kapparot. Showing kindness towards living animals, and giving as an act of kindness towards our fellow-man.

The following documents are fully Open Source and free for redistribution, reproduction and editing. As a working and living project, I encourage people to make suggestions on how to improve this text. I also encourage you to personalize this text for you or your community’s needs. You may download the text here in either Open Office of PDF format:

This is a project of Hardcore Mesorah, in cooperation with the Open Siddur Project’. I am the original transcriber of this liturgy “Seder Kapparot with Money” and translator/author of its accompanying instructional text. I am licensing the liturgical transcriptions and translations within it under the Creative Commons Zero License, and the instructions with the Creative Commons By Attribution license. Attribution may be given as ‘Contributors to the Open Siddur Project’, with the transcriber/translators name Shmuel Gonzales included in the contributors list.” September 2014 – Tishrei 5775 (First Release)

This entry was posted on Monday, September 29th, 2014 at 1:45 pm and tagged with Days of Awe, Ethical Treatment of Animals, High Holy Days, Kaparot, Yom Kippur and posted in Judaism. You can follow any responses to this entry through the RSS 2.0 feed.
« Honey: The Sweetness of the High Holidays (Video)
Parshat V’Zot haBerachah (5775) »